A sudden burst of color shoots past my knees.  My three year old son, eager to head out for an afternoon walk at a local state park, takes off in a run toward the paved pathway that leads downhill toward the river.  There is no stopping him.  He has flown past pleas to slow down that both his father and I call out to him.  In a split second, as he gains all the speed his little legs can muster, I watch it happen.  He throws his arms behind him, and although I don't see it, I imagine that he tried to push off with his right foot. To take to the air.  To fly. Wind pushing back his blonde hair, face turned upward, eyes closed, arms held behind him like wings unfurling. 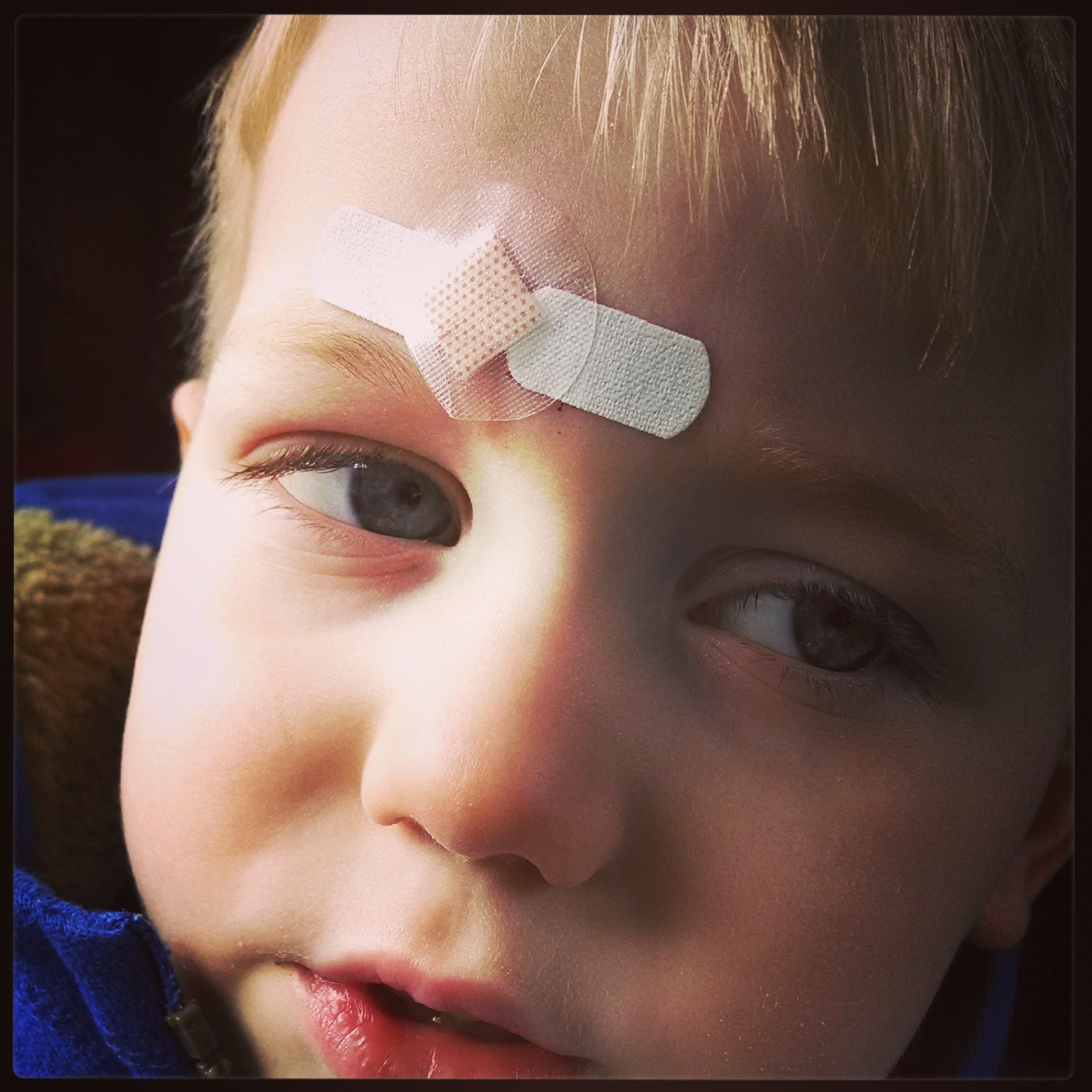 Of course, he didn't. He came crashing down, face first into the pavement.  There was a moment before the tears, when my husband and I were rushing toward him that he looked up stunned, almost finding it hard to believe that he didn't lift off. And then the tears.  I imagine them to be not only accompanying the bloody cut on his forehead, but also for a bit of heartbreak.  The gash on his forehead a reminder that he was to stay firmly planted to the ground.

See this is not a new story. This is what he does.  In fact exactly one week ago while we were getting coffee at a local cafe, my little man took off on a full run around the cobblestone courtyard, arms thrown behind him as if he were flying.  He caught himself a bit better last week; the fall only resulting in a familiar big purple goose egg on his forehead, but no blood.  He is my dreamer, my idealist. He gets up, tries again.  Eyes to the sky, this little one will fly.  And I so desperately want him to, to keep that hope, that belief in something impossible.  I want him to fly.  And more than that, I want him to keep up that persistence and perseverance that drives him to get back up and try again even after so many heartbreaking falls.

But maybe next time he can try again while running on the grass. 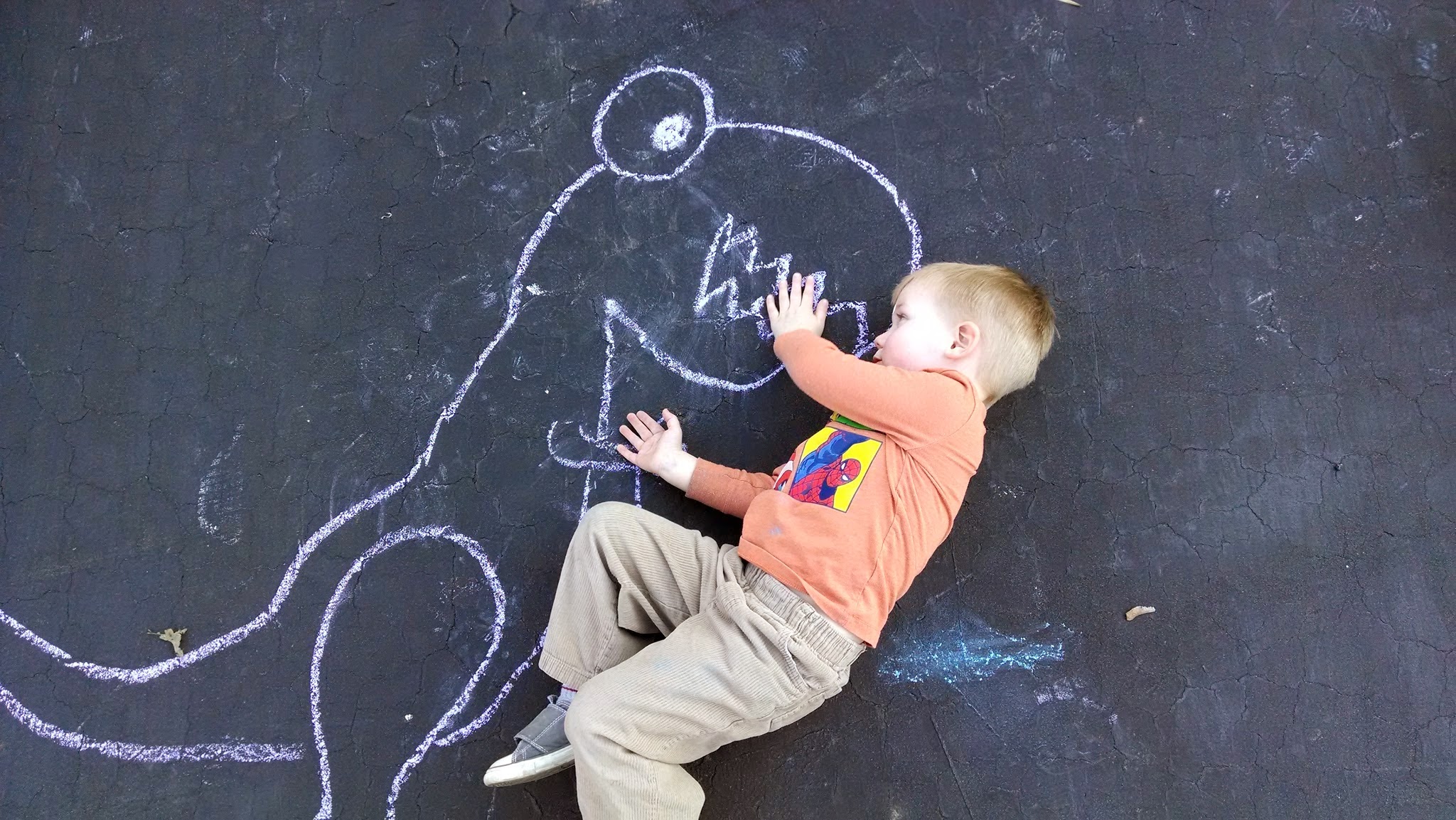 Poor baby AND poor parents! It's so hard to watch your child be a daredevil, isn't it? My daughter likes to hang off of the couch, which scares me to no end. I am constantly repositioning her... begging her to stop.

I hope your little guy gets better soon!

Part of me hopes your son will realize he can't fly and stop getting injured, but part of me wishes I were him, trying to fly all the time, never giving up.

This made me smile....sad that he got hurt...but smile that he is a dreamer and so determined. I wonder if this is what Orville and Wilber were like as children? The dreamers are the inventors and creators in our world. We need them. You are so blessed. Jackie http://familytrove.blogspot.com/

I knew I was in for trouble when he started to walk at 9 months, and one of his first adventures was to climb onto the dining room table to try to swing from the chandelier. This boy has no fear, an unfailing sense of hope, and a quick smile. I think my job as his mom is to help him grow while keeping all three of those qualities in tact. :)

Yes! I hope he continues his drive to fly, and his spirit of adventure and abandon!! There will always be bumps and bruises along the way, but hopefully he remains a strong little man, hopping up with a bit of emotion, and moving onward and upward!!