Toward the end of our first quarter together, I ask my tenth grade student to begin thinking of topics for their culminating research project. Students select a current issue or problem facing a non-Western culture. In last couple of years, students have found issues to research rooted in the culture where their pen pal hails from. We've researched issues in Liberia, Morocco, India, Argentina, and Afghanistan.

Devon was a gregarious, outgoing student, always volunteering to help others in the class. He did not struggle to come up with an area he was interested in researching. He quickly decided to research women's roles in modern day Afghanistan. Given what he had seen on the news and heard about from his peers, he assumed that Afghani women were uneducated and had very few rights, with a majority of women suffering beatings and stoning at the hands of the family and loved ones.

He wrote up a research proposal, attached an article he found related to his research, and I approved his topic. Both he and I were excited to learn more about the real lives of women in this part of the world.

The way I teach research and writing has evolved as I've learned more about formative assessment and taken various writing courses. I've changed what I do in the classroom, how I grade writing. I've started to cut out my obsessive grading, instead finding more ways to give students opportunities to practice writing and get feedback without the pressure of a grade. This is how the tenth grade research paper is structured. There are steps. Students complete a proposal outlining their research questions, demonstrate their ability to find scholarly sources, cobble together a working outline, and begin drafting an essay. All of these pieces are rough drafts. They are not graded when they are initially turned in. My hope is that students find this liberating. It takes them a few weeks to realize that no grades means no penalty for lateness. By not putting formal grades on these initial drafts, students have an opportunity to revise without fear. They have an opportunity to practice writing. At least that was my initial thinking. Later on, when students turn in their final project, they have to include all their drafts with both my comments as well as peer and self revision marks which do receive a grade along with their publishable copies. I grade their effort, attempts, not the actual writing contained in the drafts. By giving students more opportunities to experiment, to change their ideas, and to revise, would both make for stronger writing but also cut down on plagiarism. I would see all their work prior to ever having to grade it.

But in the last few years, I still manage to have a handful of students like Devon. Devon was initially excited about his research, that is until he realized that he had some leeway with the due dates. Suddenly his outline was a week late, his rough draft two weeks late. And by the end of the semester when final projects were coming due, Devon had only cursory outlines of his ideas. I called parents. They knew of the missing work. Devon's quarter grade will hang on his project.

Devon turns in his final research project. The final essay is in large part cut and pasted from another's personal website. Devon didn’t even bother to make sure the font was all the same. He clearly cut and pasted someone else's words. Usually tenth grade honors students are a bit more savvy about hiding their plagiarism. Devon knew he would get caught, knew I had seen his work or lack of work up until the final project, so it seems like he didn't even try to disguise the fact that he had plagiarized.

In some respects, my initial thinking was bore out. By not initially grading the rough drafts and giving comment-only feedback, I had a better sense of what the students were accomplishing by the time we got to turning in the final project. But what do I do with the students who still choose to disengage from the writing process? How do I assess in a way that not only gives students an opportunity to practice and revise their writing, but more importantly, engage in their writing? How can I use assessment to engage writers?

One of the reasons that I had stopped giving letter grades on rough drafts was that I was hoping students would feel more empowered to practice their writing, take ownership of their writing process. As I wrote about a month or so ago in an earlier post:

"…teachers must leave space for students to demonstrate their progress. This means that teachers need to think about how they approach the grading of late work (does a lowered grade for lateness accurately reflect a student's mastery of a particular skill?) and giving students multiple opportunities to practice skills. 'Teaching accountability requires adherence to sound pedagogy, not just conventional grading practices always done because that's the way they've always been done. Assessment and feedback, particularly during the course of learning, are the most effective ways for students to learn accountability in their work and personal lives' (Wormeli 26)."

How can writing teachers assess the work of student writers in ways that are meaningful, ways that reflect the individual student's engagement with the process of writing? How might grading writing for the mastery of skills help emerging writers grow more confident and proficient?

Perhaps Devon saw an opportunity to get out of doing homework. The lack of a penalty for lateness meant that he could take his time on this assignment. The problem being that he never returned to the assignment once it slipped by him. As his teacher, I had moved on with the majority of his classmates to the next step. Once Devon got behind, it was hard for him to catch back up. The project, which started as a series of manageable steps, spiraled out of control. And I had moved ahead without him.

I thought that simply by eliminating the formal grading of rough drafts I would be giving students more opportunity to practice writing. However, very little else had changed about how I taught research. I was still teaching research in a lock-step manner: first you brainstorm, then you research, then you outline, finally draft and revise. But some people don't write like this. I don't write like this. I need to write in order to find my idea, my focus, my point. Some of my students need to do the same. So not only do I need to think about when I grade but also what grade.

If what I want is for my students to engage in the writing process, to discover how they write, then I need to be grading how well the students learn these skills. I shouldn't be grading an outline if writing an outline doesn't really help the student write a better essay. Instead, I should be giving students multiple opportunities to discover what does work for them, to experiment with new forms and ideas, and grading, in part, how well the students final work is a reflection of how much they engaged in the process of writing and of what they learned about writing from a particular assignment. Which means that I need to think more deeply about why I am assigning particular writing prompts, what I skills I hope students practice and learn from that assignment, make sure that I give students opportunities to learn and practice those skills, and then grade what we have actually spent time working on rather than what I simply hope they have learned by writing an essay.

So how do I engage students in their writing using assessment? Well, first I must design my assessments in such a way that the feedback and grades students receive accurately reflect what we’ve spent time working on, what we’ve spent our time engaging in.
Posted by Jennifer Ward at 10:53 AM No comments: 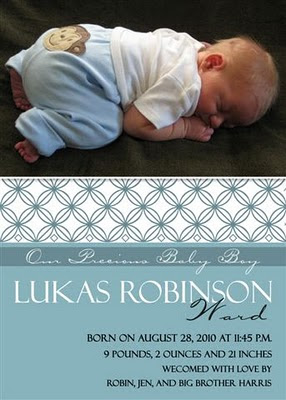