Little Boxes All the Same


Another snow day! My boys and I spend the morning slowly making our way out from under a blanket snuggled deep into the couch where we are watching The Boxtrolls to the kitchen where we make breakfast together. While whipping eggs together, I put on a playlist of tunes I compiled for my little guys, a mix of new songs and classics that I've been singing to both boys since the day they arrived. "Little Boxes" comes on. My mom would sing this to me when I was little.

And the people in the houses
All went to the university
Where they were put in boxes
And they came out all the same
And there's doctors and lawyers
And business executives
And they're all made out of ticky tacky
And they all look just the same...

So apparently the universe is sending me messages today in the form of boxes.

My boys love both the movie and the song. My son asks at one point, "Why do they 'come out all the same'?" He's six. I pause. I want to give him an honest response, about how when we become so concerned about success, about making sure that we are doing as well as our neighbor, we put ourselves into a metaphorical box; we try to standardize success. Although the colors of our boxes may be different, the system still pushes out the same boxes. 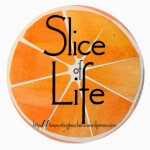 Someday we'll have a longer, more philosophical conversation about who is putting us into boxes, what system those boxes are created for and created by. Someday we'll discuss what such standardization does to the individual and to our collective understanding of humanity. Maybe when he's seven.

In the meantime, the connection between my son's questions and mine in regards to our current state of standardized testing are abundantly clear. I stumbled across AJ Juliani's post yesterday titled "The False Hope of a Standard Path for our Students." In his post, he states,


"Teaching students to think about learning (and how they've come to an understanding) empowers them to think critically in any field. It is a complete role-reversal from the standard path, where students follow the rules, play the game of school, and hope for a reward at the end of their schooling in the form of a job."

Some of my students are very good at playing the game of school. They have succeeded in our current system and will move forward on that standard path from grade to grade, from high school to college, from college to job. However, many of my students have struggled to stay on that path. I have students who crumple under the weight of test anxiety, but when given the opportunity to demonstrate what they have learned through a presentation, show such confidence and critical analysis of our course content. I have students who second guess every answer they bubble in, yet whose writing demonstrates such eloquence and clarity of thought.  I have students in my class who take public transportation each morning from a hotel room they call home at the moment, who may not have had breakfast, and yet who are expected to care about short non-fiction passages on Queen Elizabeth. In our push to standardize and mechanize our education system, we are churning out students who succeed in little boxes and little bubbles. And we do this knowing full well that the skills that students need in order to be successful - creative and critical thinking, perseverance, ingenuity, collaboration, and imagination - are not easily tested by bubble in tests.

I don't want my sons to grow up thinking their goal is to be "just the same" as everyone else. That's not the type of education or life anyone should aspire to.

So how do we encourage change in a system that espouses the value of "thinking outside the box" while at the same time continues to put our learners into them?
Posted by Jennifer Ward at 10:43 AM

Weighty subject matter from spending time with your boys. I think it's up to us to keep bucking the system so that they can still be seen as individuals. Hard, but important.

Love that in your written reflection of what could have been a short and quick dead-end response, you extended your own thinking and challenged all of us. Judy's response to "..keep bucking the system...' is so true! Some of us may do it loudly with politicians/lawmakers while others buck quietly through our daily interactions with future shakers and movers. The balance is indeed a difficult one, but one that is very important!

I think speaking a language is as important as writing it, or in whatever you do, do your best. Although it may take time to perfect speaking English, it is best to try it without the "bahala na" way of thinking.