A student in my tenth grade English class researched running injuries for her recent #HavPassion independent inquiry project. As part of her project, the student created a blog to both share what she was learning as well as to connect with other readers and experts interested in prevented running injury. To help students connect with those experts, we used social media to share our blogs and ask experts for help. And if you are going to research running injuries, then you better try to get in touch with Christopher McDougall, author of the best-selling book Born to Run. So I shared my student’s blog with Mr. McDougall through Twitter, and what followed was a connection that brought the author to our high school this past Thursday to speak with students about his experiences with running and writing. 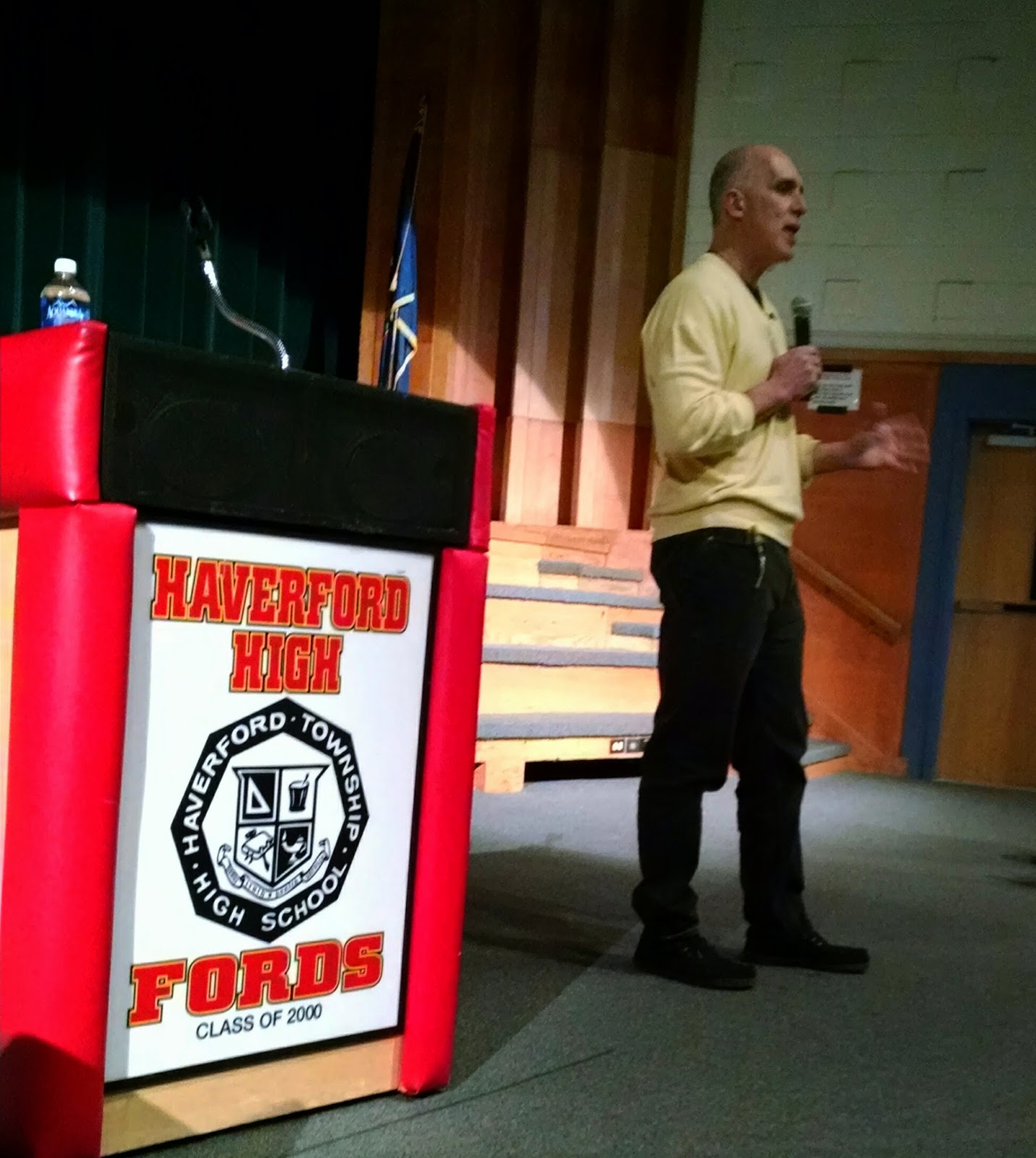 Mr. McDougall spoke with a group of about 100 students on February 26th about his experiences as a writer. A free-lance writer for Philadelphia’s Daily Times lead to a position as a journalist with the Associated Press, who sent him on a worldwide adventure covering the civil war in Angola and later covering the genocide in Rwanda in the early 1990s. After years spent covering Africa, Mr. McDougall went on to write about Mexico, and while there, learned about the hidden tribe of Tarahumara Indians who live in Mexico’s Copper Canyons. Fascinated by their ability to run great distances while wearing only simplistic sandals, Mr. McDougall let his questions drive his inquiry and research into how it was possible for members of this culture to run hundreds of miles without rest. And that was his take away message for our students and teachers in attendance - always ask questions. 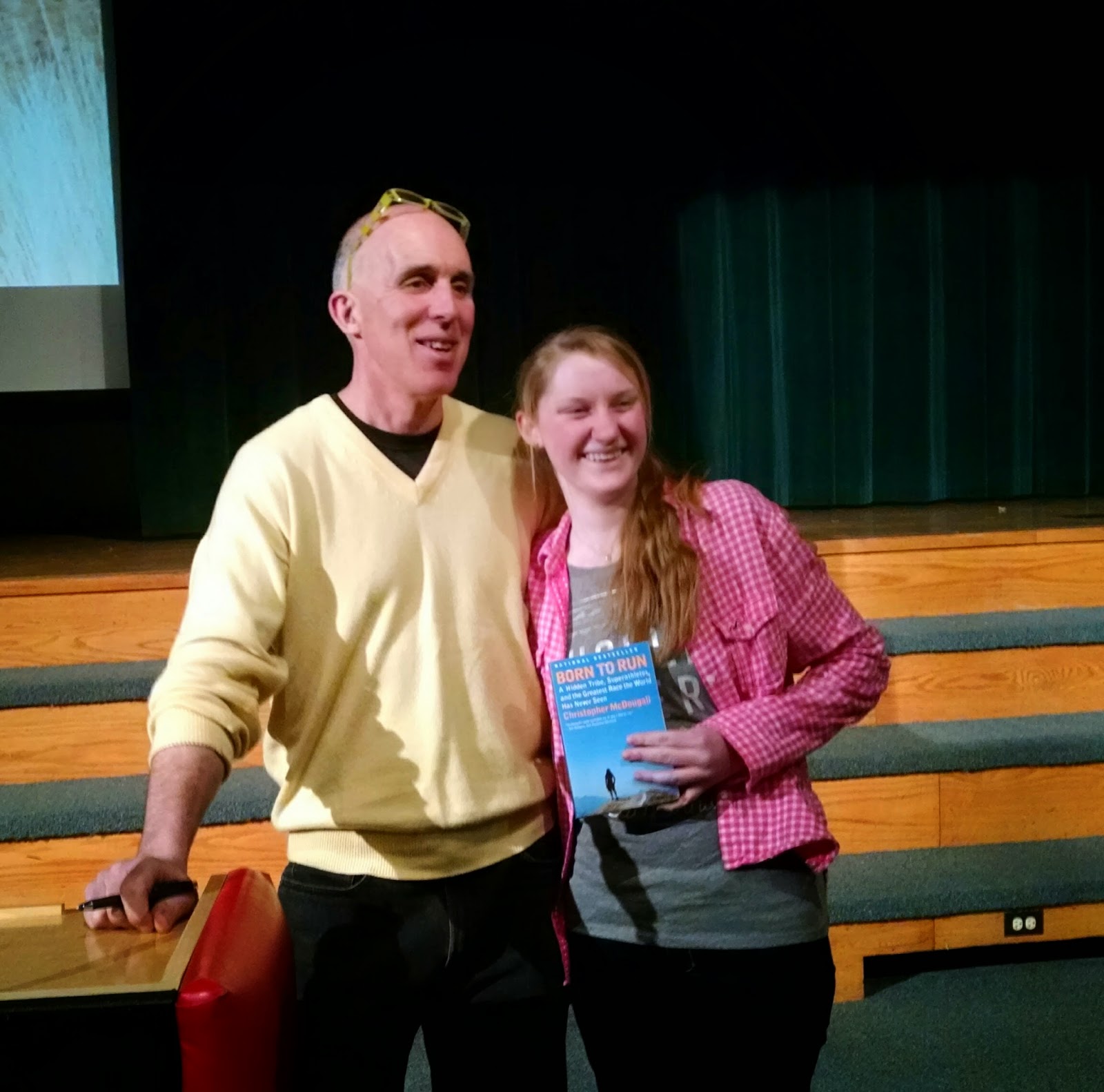 And they did! The students and teachers in attendance spent nearly 40 minutes asking Mr. McDougall about his experiences, his advice for novice runners, and about his upcoming projects. As an added treat, my student and her parents, all avid runners, were among those in the audience. And so what began as an online connection turned into one in real life as well!
Posted by Jennifer Ward at 5:00 PM